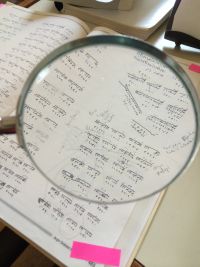 Contributing to the growing field of spatial history, MedIns enquires into the correlations between insular space and the development of economic structures in early modern Cyprus and Crete. In doing so, it collects, processes and analyses data revealing the patterns of agricultural production of two quintessential 'miniature continents' of the eastern Mediterranean in the seventeenth century.

A recently-invigorated interest in the Mediterranean has contributed towards a better conceptualisation of the 'middle sea' as a social, economic and cultural realm both for the purposes of scientific inquiry, and a deeper understanding of the historical trajectory of contemporary phenomena. In this context, the study of insularity is an important analytical tool in Mediterranean studies. One of the emerging issues is the need to differentiate the meanings of insularity with reference to space and the size of islands as factors affecting their productive capacities and economic structures. Utilising the Braudelian concept of 'miniature continents' as its starting point, the project focuses on Cyprus and Crete in an initial attempt to articulate a typology of insular space.

In reconstructing the agricultural landscape and cultivation in the two islands, the project is based on the analysis of taxation and land registers from the Ottoman period. The data is then processed with the use of cartographic databases and digital mapping tools (G.I.S) in order to visually represent and analyse the movement, contraction, or proliferation of different crops at different points in time. 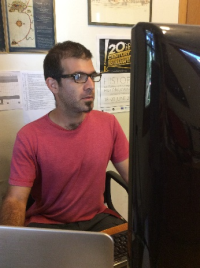 Antonis Hadjikyriacou is Assistant Professor of Early Modern Ottoman and Mediterranean history at the History Department of Boğaziçi University in Istanbul, Turkey. He earned his Ph.D. in History from SOAS, University of London, and he has previously worked and taught at Princeton University, SOAS, the University of Crete, and the University of Cyprus. Between 2014 and 2016 he was Marie Curie Intra-European fellow at the Institute for Mediterranean Studies, Foundation for Research and Technology-Hellas in Rethymno, Greece. His research interests include Ottoman economic and social history, the Mediterranean world, environmental and climate history, and early modernity. He has edited a special issue of the journal Princeton Papers, 18 (2017) entitled Insularity in the Ottoman World, which has also appeared as Islands of the Ottoman Empire (Princeton: Markus Wiener, 2018). He is currently completing his monograph entitled Insularity and Empire: Ottoman Cyprus in the Early Modern Mediterranean. He is also participating in the Commodity Frontiers Initiative (Ghent University—Harvard University—International Institute of Social History) 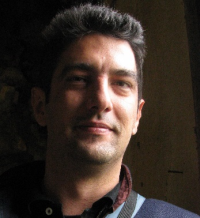 Elias Kolovos is Assistant Professor of Ottoman History at the Department of History and Archaeology of the University of Crete and a research collaborator with the Institute for Mediterranean Studies, FO.R.T.H. His research interests focus on the rural societies of the Ottoman Empire, especially in the Greek lands. He has published books and papers concerning especially the histories of the Greek islands, monasteries, and borderlands at the time of the Ottoman Empire.

Ministry of Education and Culture, Republic of Cyprus